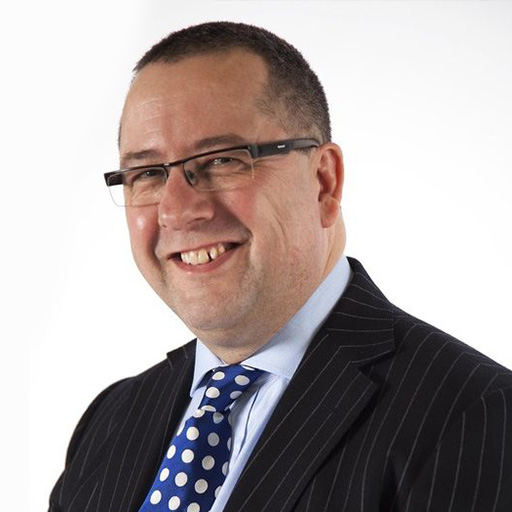 Having worked in financial services since 1989, David’s career spanned roles at large national firms and small local firms before setting up on his own in 2006. He wanted to provide a much more personal service, rather than feeling constrained by corporate ethos.

In pursuit of this goal, David launched Five Point Consulting in 2012.

Originally from Newcastle upon Tyne, David left to go to college in Cheshire in 1984. Since then, he has lived in four places in the south east and now resides in Yorkshire.

David has been married to Kate for 28 years this year – he’s aware he doesn’t look it, but he had a hard paper round! They have one daughter, Sophie, who has recently graduated with a BSc (Hons) in Psychology & Sports Science from Northumbria University. David is also servant to the family dog – a mad black Labrador!

In his spare time, David enjoys getting out into the hills, particularly the Lake District, and photographing. An ex-rugby player himself, David loves rugby union and tries to get to internationals when he can.

All regulated financial advisers must be authorised by the Financial Conduct Authority (FCA) and therefore appear on their register. You can find David’s entry by clicking here.

Furthermore, all advisers must have an up-to-date Statement of Professional Standing (SPS). This shows they are suitably qualified and have carried out the required amount of Continuous Professional Development (CPD). Again, consumers should be wary of any advisers who refuse to provide copies of their SPS. You can click here to view David’s.

An interview with David

On an ideal weekend, you can find me:

"Out with my wife and daughter, having lunch somewhere (which would also probably involve some kind of shopping…), or In the Lakes walking, followed by an evening in a good pub with good beers! "

My favourite holiday destination is:

My favourite song to play in the car is:

"I can’t choose one – it depends on my mood. Either: Dixie Beauxderaunt – Dan Baird & Homemade Sin, Lying Eyes – The Eagles, My Church – Maren Morris and virtually anything by Queen/Dire Straits."

The first album I bought was:

If I could be any fictional character, I would be:

If I could turn any activity into an Olympic sport, I would win a medal in:

When the dessert menu arrives, I’m looking for:

"A looser notch on my belt... ice cream or chocolate-y type things."

The three qualities that draw me to new people are:

"People who are friendly, genuine and have a good sense of humour."

My pet peeve is:

The best gift I ever received is:

"Anything from my daughter."

The three people at my dream dinner party would be:

Three small things that make my day better are:

"Our dog saying hello, the first coffee of the morning (decaf these days) and reading something that has nothing to do with work before going to bed."

What our clients say

“We find this relationship to work admirably for us. David is the expert in a field in which we could never hope to be so proficient. We have every intention of maintaining this relationship long into the future.”

“David’s financial planning advice and knowledge is excellent, and he talks to me in terms I can understand, not financial jargon! I don’t have to look too closely at what is happening, as I know David will be doing that.”

See what our clients say

Got questions? Ready to book an initial no-obligation meeting? Leave a message using our form below and we’ll be back in touch as soon as we can.